Filmmaker Jason Taylor gives an insight into the making of the film The Farmer, The Architect and The Scientist, and the vital work of Dr Debal Deb.

It’s a long trip from Goa to Odisha while taking the scenic route. First the train up north to Delhi then straight on to Varanassi. After a few days suffering the heat, filth and stomach parasites it was on to Kolkata and all its beautiful chaos.

About five days and five nights just to get to Kolkata but in this time the train passed some of the most beautiful and tragic landscapes I have seen, from lush forests, hills and rivers to toxic water bodies and devastated industrial moonscapes. It’s so sad to think that very thing now being celebrated in India is based on an absolute destruction of these environments which only a few decades ago were more or less the same as they had been for tens of thousands of years.

But all this was the perfect build up to the final destination, Odisha and the remote agricultural area in the middle of  the Niyamgiri hills,  home to the remote Kond communities and some of the most beautiful agricultural land in India.

The train stopped at Muniguda, one of the small growing towns close to the now infamous Lanjigarh, home to the Vedanta bauxite mines, one of the most controversial industrial projects in India.

This time I was not there to look at the issues surrounding industrial mining, I was there to visit a close friend of mine, Dr Debal Deb. Debal is a scientist and in my mind one of the most important people in the world. His work does not involve working with or for industry, it doesn’t involve manipulating markets and making money. His work involves feeding people, restoring cultural identity and protecting our environments. 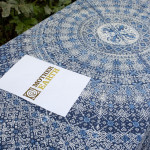 Debal has for the last 17 years been working on protecting heirloom seed in India, documenting seed varieties and their characteristics so that the seed belong to the farmers of India and cannot be stolen by the likes of Monsanto and Syngenta.

Debal  knows that the only way to protect future generations and our agricultural heritage is to conserve these precious seeds on-farm, while educating farmers into long lost farming practices. When farmers in India have gone from earning around 50,000 Rs per acre to about 15,000 in just 50 years as a result of the chemicalization of agriculture,  you know that something is very wrong.

A couple of years ago, due to the changing climatic patterns, and also to some extent the reluctance of Bengali farmers to practice ecological agriculture, Debal had to move his farm, Basudha, from Bengal to Odisha.

Debjeet, from a local organization called Living Farms, helped him find some land to rent with a hill stream running though it, so he shifted his 920 varieties of rice there and has now decided to build a permanent seed bank for the local community.

This is no ordinary seed bank. this is a Debal seed bank made out of local stone, mud, sand, adobe bricks and local labour, this is a Debal building, 100% sustainable and 100% local. His long time friend, French architect Laurent Fournier helped him out with some of the design and finally the construction. The primary issue was how to build a roof that was capable of withstanding 45degree heat and monsoon rains without using external materials. As the stocks of bamboo had ben destroyed by a local paper mill many years ago, the only answer seemed to be adobe domes. Laurent told me that about 50 years ago in Egypt, the architect Hassan Fathy had rediscovered the techniques of building the ancient Nubian vaults and domes, these he told me were the perfect answer to this very particular architectural problem.

When I was filming the building was about half finished, the walls were all up and the internal vaults had begun. Using local labor has been a real challenge as many of the people in this area are from tribal communities and come from a hunter-gatherer heritage. To most people in these communities, when you hunt of gather you only do so to feed the family for the next couple of days, and so it is with working for money. One day’s wage at 200 rupees can last a long time when the government sells you subsidized rice at 1 rupee a kilo.

For days, Debal, Mita, Laurnet and his family labored under the mid day sun to try and make progress on the roof before the monsoon season… but failed. Debal’s own money had all but run out, Laurent and his family had to return to Kolkata and the local builders just never showed up.

For now, Debal is looking for some type of system to protect his vulnerable structure, a friend of his bought over from Karnataka some large sheaths from the beetle nut tree. Debal is experimenting with soaking and stitching these together to make a temporary rain shed. Whatever happens, in September, after the monsoon, work will begin again, even if Debal has to do all the work himself.  He is hoping that by this time next year, the building will be finished and he will be able to hand it and its contents over to his local farming community.