Brought to you by… 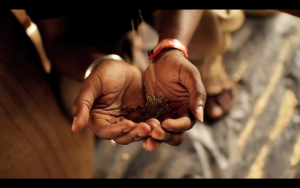 The Gaia Foundation (Gaia) has over 25 years experience working with partners in Africa, South America, Asia and Europe to regenerate cultural and biological diversity. In collaboration with partners on the ground, particularly through the African Biodiversity Network, The Gaia Foundation works with communities who are committed to regaining their seed, water and food sovereignty. Together, Gaia and partners have pioneered the Climate, Seed & Knowledge (CSK) programme, which supports the revival of indigenous seed diversity and related knowledge through tools such as eco-cultural calendars. These were developed through Gaia’s work in the Amazon in the 90’s with Gaia Amazonas. In the 90’s, when the first GM crop was shipped from USA to Europe, without any public debate, Gaia helped to initiate a broad-based coalition of civil society groups in the UK calling for a moratorium on genetic engineering (GE) in food and agriculture. This later became what is now known as the GM Freeze campaign, the first of many to fight against GM across Europe and beyond.

The African Biodiversity Network (ABN) is a regional network of individuals and organisations first conceived in 1996 in response to growing concerns over threats to biodiversity in Africa. As the agendas of global agri-business turned their attention to Africa, the need to develop strong African positions, a united African voice and the legal instruments to oppose these threats became increasingly important. This advocacy work is rooted in ABN’S work to revive ecosystem and community resilience, by focusing on the regeneration of indigenous knowledge and ecological agricultural practices. The Climate, Seed & Knowledge (CSK) programme emerged out of the work with communities, to recuperate their traditional seed diversity and related knowledge. This is the foundation of climate change resilience, and in turn food and seed sovereignty. ABN is one of the founding partners of the Alliance for Food Sovereignty in Africa (AFSA), which was initiated in 2009, bringing together a number of African regional networks working on issues ranging from farming and agro-ecology, to indigenous peoples’ rights and related advocacy. 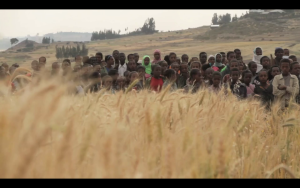 MELCA Ethiopia (Movement for Ecological Learning and Community Action) was founded in 2004 by a group of environmental practitioners and lawyers with a shared concern regarding the erosion and destruction of biodiversity and culture in Ethiopia. MELCA aims to work for the revival and enhancement of traditional ecological knowledge and to protect the rights of communities across Ethiopia. In November 2010 MELCA hosted a learning exchange for ABN partners and community leaders involved in pioneering the Climate, Seed & Knowledge (CSK) programme, in the Wollo region of Ethiopia. The process involved community leaders sharing experiences in reviving seed and knowledge, using eco-calendars and dialogues to animate the process. It was out of this that Seeds of Freedom film first emerged. Since this process, MELCA have continued to work with these communities to build confidence around traditional farming practices and to revive the indigenous seeds which have been threatened in the area. MELCA has been working with Dr Melaku Worede, an Ethiopian geneticist who developed the Ethiopian Genebank, which he dedicated to supporting small farmers to enhance their indigenous seed diversity. He received the Right Livelihood Award for his pioneering work. 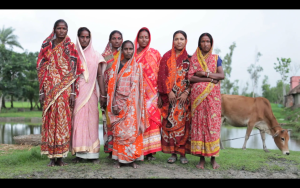 Navdanya means nine seeds, representing India’s collective source of food security. It is a network of seed keepers and organic producers spread across 16 states in India. Navdanya has helped to set up 65 community seed banks across the country; trained over 500,000 farmers in seed and food sovereignty, and sustainable agriculture; and helped setup the largest fair trade organic network in the country. This effort has seen Navdanya so far successfully conserve more than 5000 crop varieties. As a movement, Navdanya promotes a non-violent agriculture that respects small farmers, biodiversity and the Earth. Navdanya runs a continuous campaign and movement for seed sovereignty, and will be launching a report entitled Seeds of Freedom later this year. This will follow on from their 2011 report The GMO Emperor Has No Clothes: a global citizens report on the state of GMO’s – false promises, failed technologies. The founder and director of Navdanya, Dr. Vandana Shiva is recognised globally for her contribution to the field of agricultural justice and seed protection. 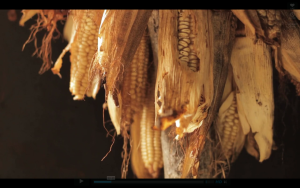 GRAIN works to support small farmers and social movements in their struggle for community-controlled and biodiversity-based food systems. GRAIN offer this support through independent research and analysis, networking at local, regional and international levels, and fostering new forms of cooperation and alliance-building. GRAIN’s recent work includes the programme Struggles for life: supporting people’s movements on agriculture, food and biodiversity, which showcases local communities struggle for food sovereignty. GRAIN have also just published a new book The Great Food Robbery (2012) which looks at the corporations behind the crisis, the ways they organise and control food production and distribution, and how this destroys local food systems. In 2011 GRAIN received the prestigious Right Livelihood Award, or “alternative” Nobel Prize, for its work in getting the issue of land-grabbing onto the international agenda.