Seeds of Freedom - Dedicated to Lutz 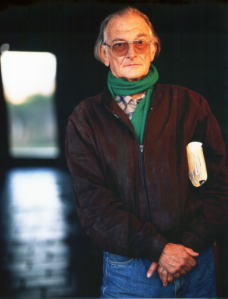 Seeds of Freedom, the first film in the trilogy, is dedicated to the wonderful Dr. José Lutzenberger, a dear friend, colleague and inspiration to The Gaia Foundation and African Biodiversity Network, in this, the tenth year since he died.

Lutz, as he was affectionately known, advocated strongly for small-scale farmers and vociferously challenged the agri-chemical industry for whom he had once worked. He was a brilliant orator with a reputation for being outraged by injustice of any kind. He is considered to be the “father of Brazil’s environmental movement”.

The message in  Seeds of Freedom echoes that which Lutz fiercely championed in his life; that we need regenerative agriculture to repair the damage done to the soil, water and biodiversity through chemical agriculture. Agro-ecological farming practices must shape the future of agriculture, which requires many small farmers sensitive to the needs of their ecosystem. Farmers and consumers around the world must join forces to stand up to the ever-increasing corporate control of seed and reclaim control of ecologically sane and socially just local food systems, which celebrate and enhance diversity and subsequently, the resilience and the autonomy of farmers.

Seeds of Sovereignty - Dedicated to Women Farmers Across Africa

Seeds of Sovereignty is dedicated to all the rural women farmers across Africa: past present and future. Rural farmers produce the majority of Africa’s food on under 20% of the agricultural land, they farmers work with the land and environment – producing food for the household rather than soil-depleting cash-crops. They do this despite the persistent and increasing landgrabs, which target them especially, and despite the patenting of seeds and undermining of their traditional, successful farming practices by agribusiness.

The work of ABN, Gaia and others always holds women to be of central importance – they are often the guardians of a community’s traditions and knowledge. We are grateful for the work and knowledge of all African women farmers, those we have worked with and those we have not, and hope that this film in some way shows the importance of honouring, respecting and supporting them.

A recent report from the Gaia Foundation and ABN explores further the role and importance of African rural women in agriculture and combatting climate change. 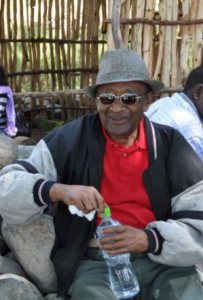 ‘Seeds of Justice’ is dedicated to Hailu Getu. Hailu worked with Dr Melaku for many years – he was the manager of the on-farm programme of Seeds of Survival in the 1980s and 90s. More than simply his pioneering work, Hailu was an inspiration for all working in preserving crop diversity. He was loved by community farmers as well as by NGOs and regional coordinators for his attitude and dedication.