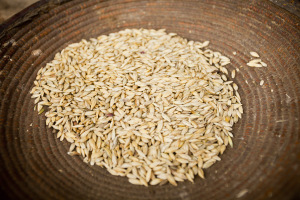 Seeds of Freedom charts the story of seed from its roots at the heart of traditional, diversity-rich farming systems across the world, to being transformed into a powerful commodity, used to monopolise the global food system.

The film highlights the extent to which the industrial agricultural system, and genetically modified (GM) seeds in particular, has impacted on the enormous agro-biodiversity evolved by farmers and communities around the world, since the beginning of agriculture. Seeds of Freedom seeks to challenge the mantra, promoted by the pro-GM lobby, that large-scale, industrial agriculture is the only means by which we can feed the world. In tracking the story of seed it becomes clear how the corporate agenda has driven the take over of seed in order to make vast profit and control of the global food system.

Through interviews with leading international experts such as Dr Vandana Shiva and Henk Hobbelink, and through the voices of a number of African farmers, the film highlights how the loss of indigenous seed goes hand in hand with loss of biodiversity and related knowledge; the loss of cultural traditions and practices; the loss of livelihoods; and the loss of food sovereignty. The pressure from agribusiness interests is growing and threatens to replace the diverse, nutritional, locally adapted and resilient seed crops which have been bred by small-scale farmers for millenia, by monocultures of GM seed. 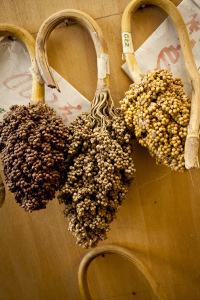 More about the film

The film provides an overview of the history of agriculture, charting the transition of the farm into a factory, and highlighting the impact of the agro-chemical and GM industries. Since industry turned its attention to farming at the beginning of the 20th century, there has been an accelerating interest in agriculture for big business. After the first and second world wars in Europe, chemical companies sought to find a new market for their products and thereby found a new route to profit through the farm. They discovered that subtle chemical alterations to explosive and nerve agents enabled them to re-package these war chemicals into fertilisers and pesticides for crops. Later, marrying up specific chemical fertilisers and pesticides with hybrid seed furthered the potential for profit, ensuring that farmers must buy both seed and fertiliser for maximum yield. Increasingly the hybrid seeds were only able to produce a yield once, thereby forcing farmers to buy seed and chemicals each year, and moving farmers away from their traditional practices of seed selection, saving and exchange.

Seeds of Freedom seeks to give a voice to the global south, and to those farmers and communities who are now some of the most vulnerable to the corporate (and often governmental) agenda for the adoption GM seed. Africa is now a prime target for the GM industry. On 18th May 2012 both Syngenta[1] and Monsanto[2] (the two leading GM seed corporations) released press information about increasing their commitments to agricultural development in Africa, investing $1 billion and $50 million respectively.

Despite the propaganda, in 2008, the International Assessment of Agricultural Science and Technology for Development (IAASTD) report (a study by over 400 scientists from around the world) concluded that agro-ecological farming practices should shape the future of agriculture, and that farmers have intelligently cultivated their own locally adapted, resilient seed for millennia. A report from the ETC group in 2009 showed that small-scale farmers feed 70% of the world’s population[3]. The film’s contributors are calling on farmers and consumers around the world to join forces with the growing global movement promoting Food Sovereignty – the right and responsibility to maintain our diverse culturally appropriate, ecologically adapted and ethically produced foods.